Absolut vodka has revealed its latest promotional plan for the 2008 at the Tax Free World Exhibition in Singapore.

The “in an Absolut world every night is a masquerade” campaign will be launched in international airports and other travel retail outlets worldwide at the end of the year 2008. 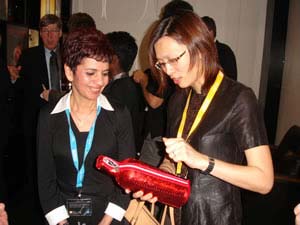