There are new Absolut ads! Absolut Citron ad can be found in Entertainment Weekly (February 26 issue). And there is one more in the same style. Absolut Pears. These ads should be printed in US Weekly, Details and ESPN Magazine. 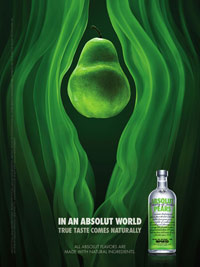 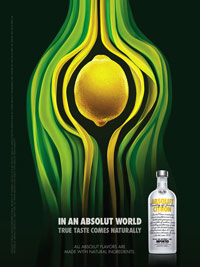 “The campaign is designed to showcase the real fruit flavor inherent in all of our flavored vodkas,” said Ian Crystal, brand director, in a statement.

The TV spots begin airing March 10 on FX, E!, Spike, A&E, Comedy Central and Logo. An international version of the campaign, dubbed “Dissection,” launches in the spring season with TV and in-cinema spots running across markets in Germany, the United Kingdom and Mexico.