November 1, 2007 In An Absolut World: Perfect Man ad from Greece

The “In an Absolut World” campaign continues in Greece and it’s getting better and better. The ice-cubes ad can also be found in a 1page version. This ad can be found in the BHMagazino magazine 21st October and as reported in comments this version is in Spain too - (QUO Spain November 07).

Also a new ad appeared in magazines. This ad can be called “the Perfect man” and can be found in Greek ELLE magazine October November 2007.

Also in stores a new Absolut package can be found. With this package there are 2 ice-cube cases as a gift, the same as the ones given with the Absolut Rocks in Germany. But this is a different package. On the side there is a picture of the “In an Absolut Drink” seabreeze ad. 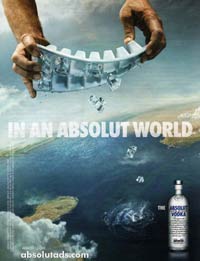 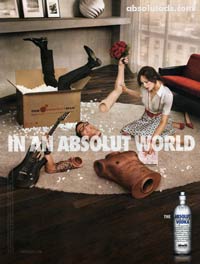